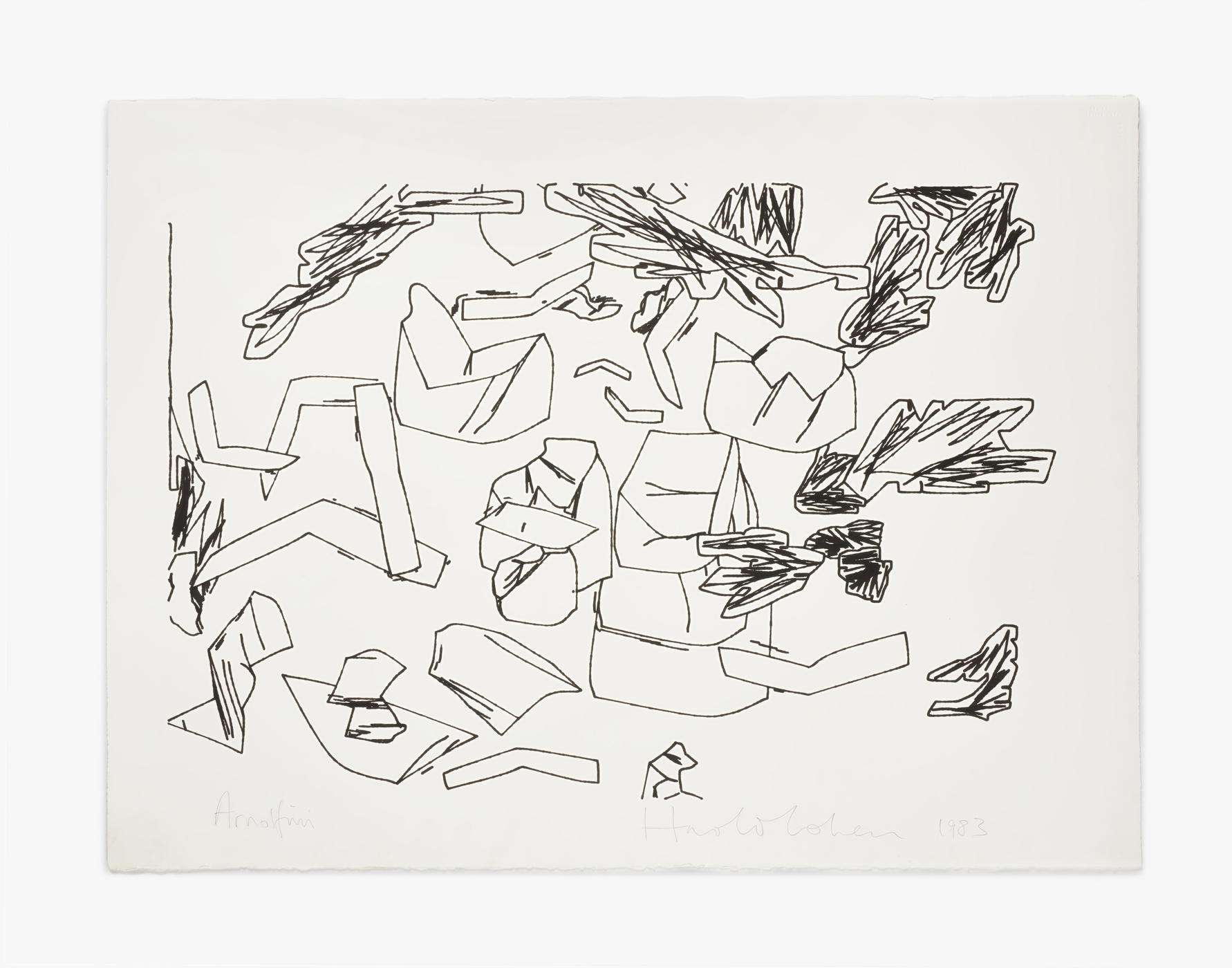 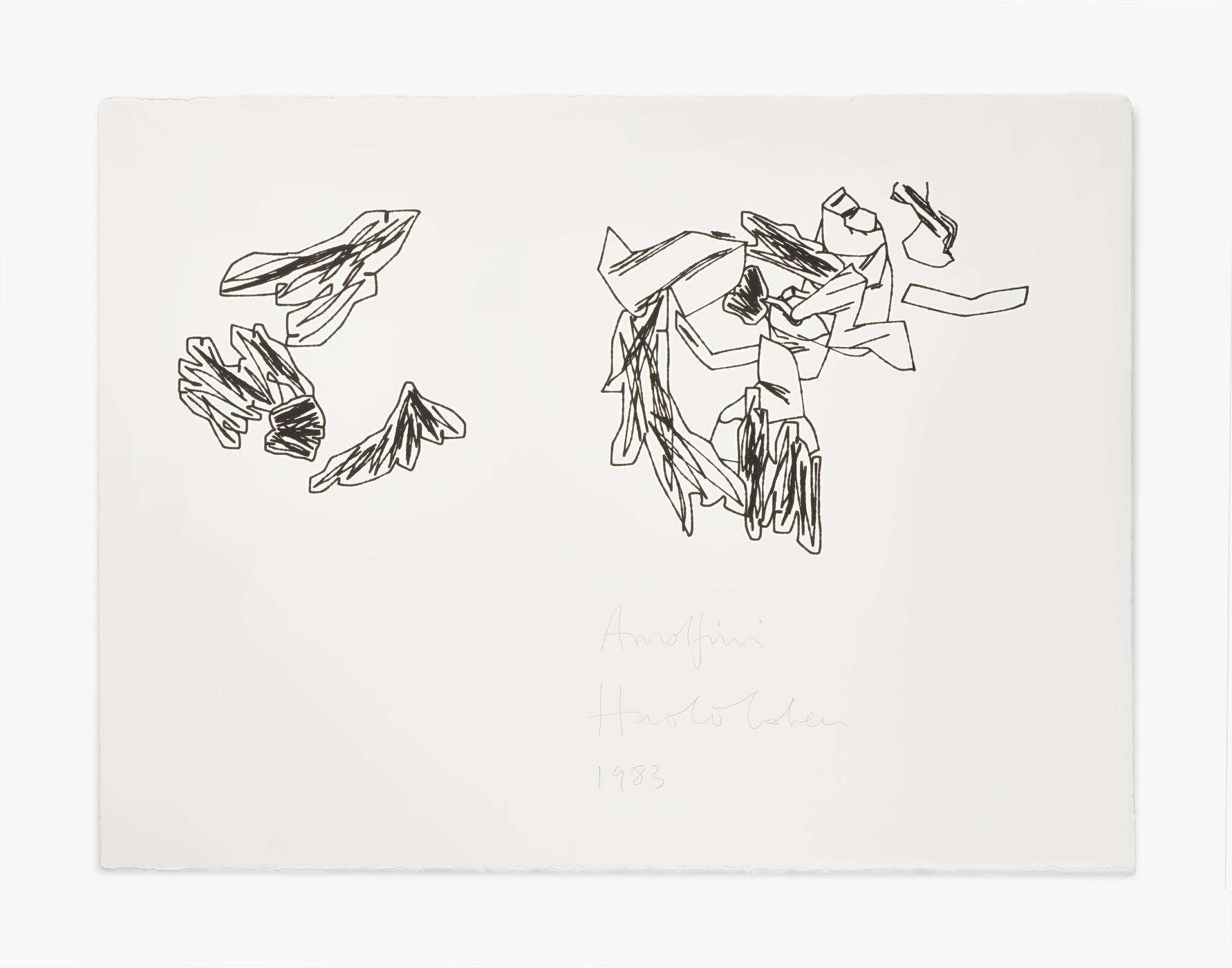 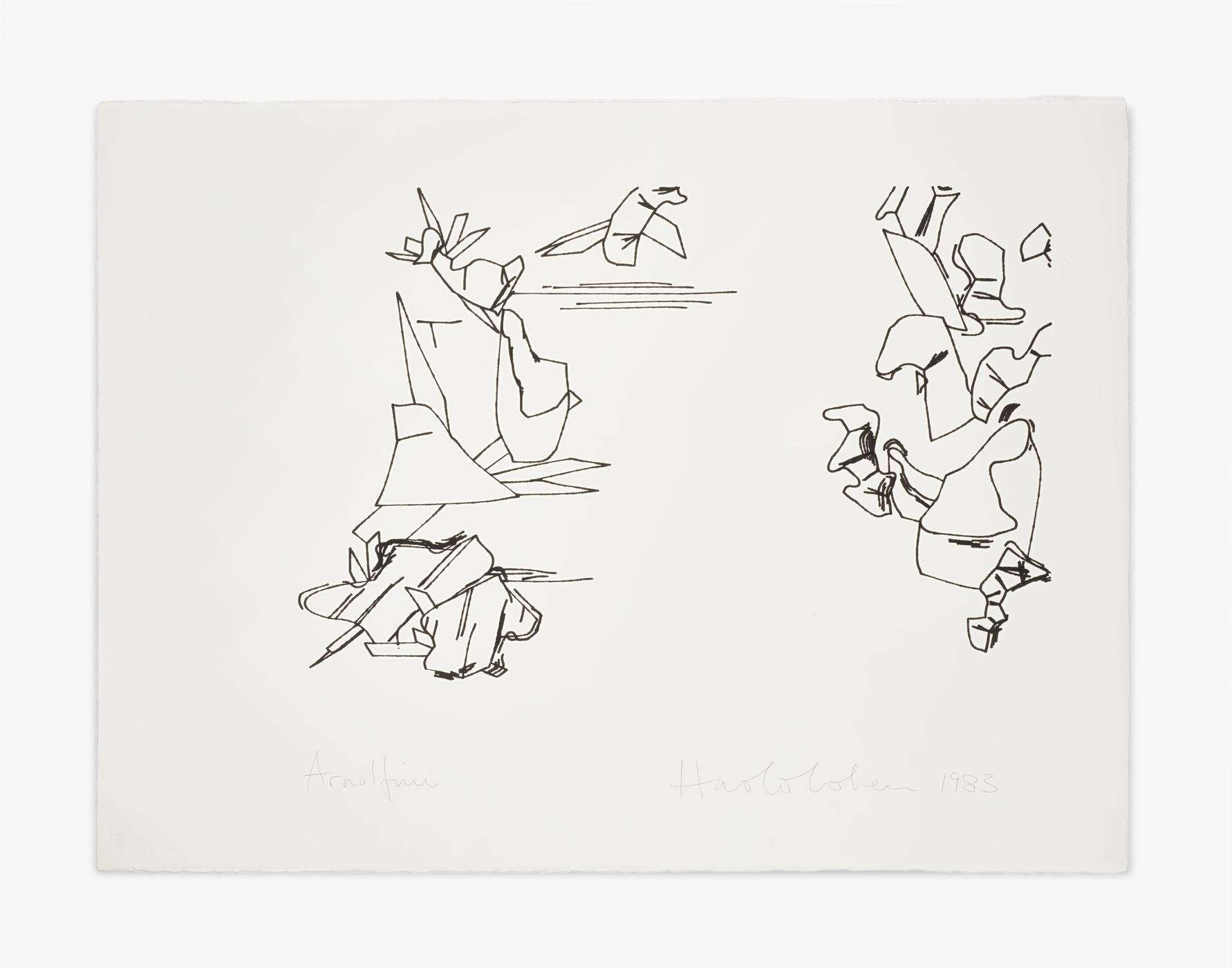 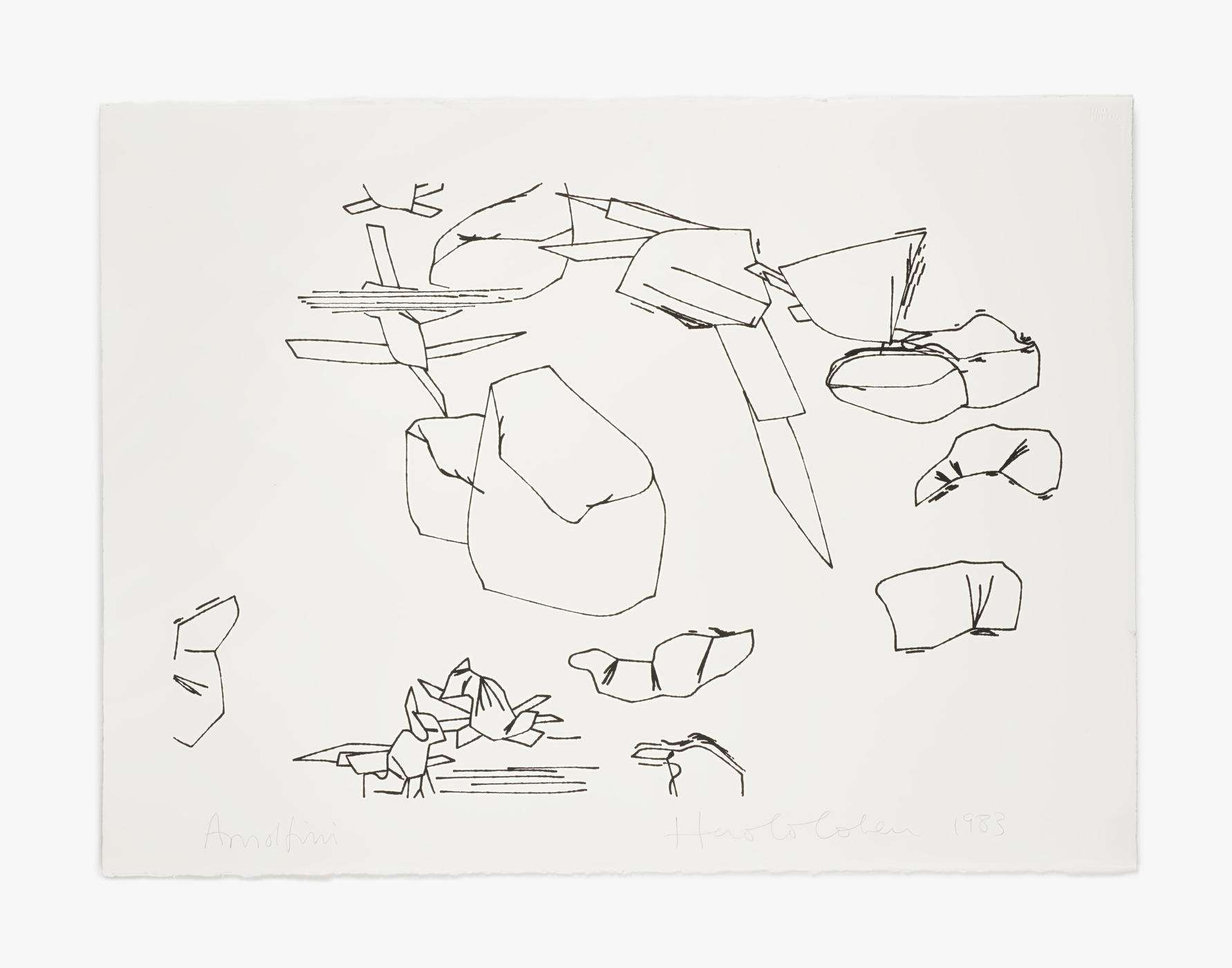 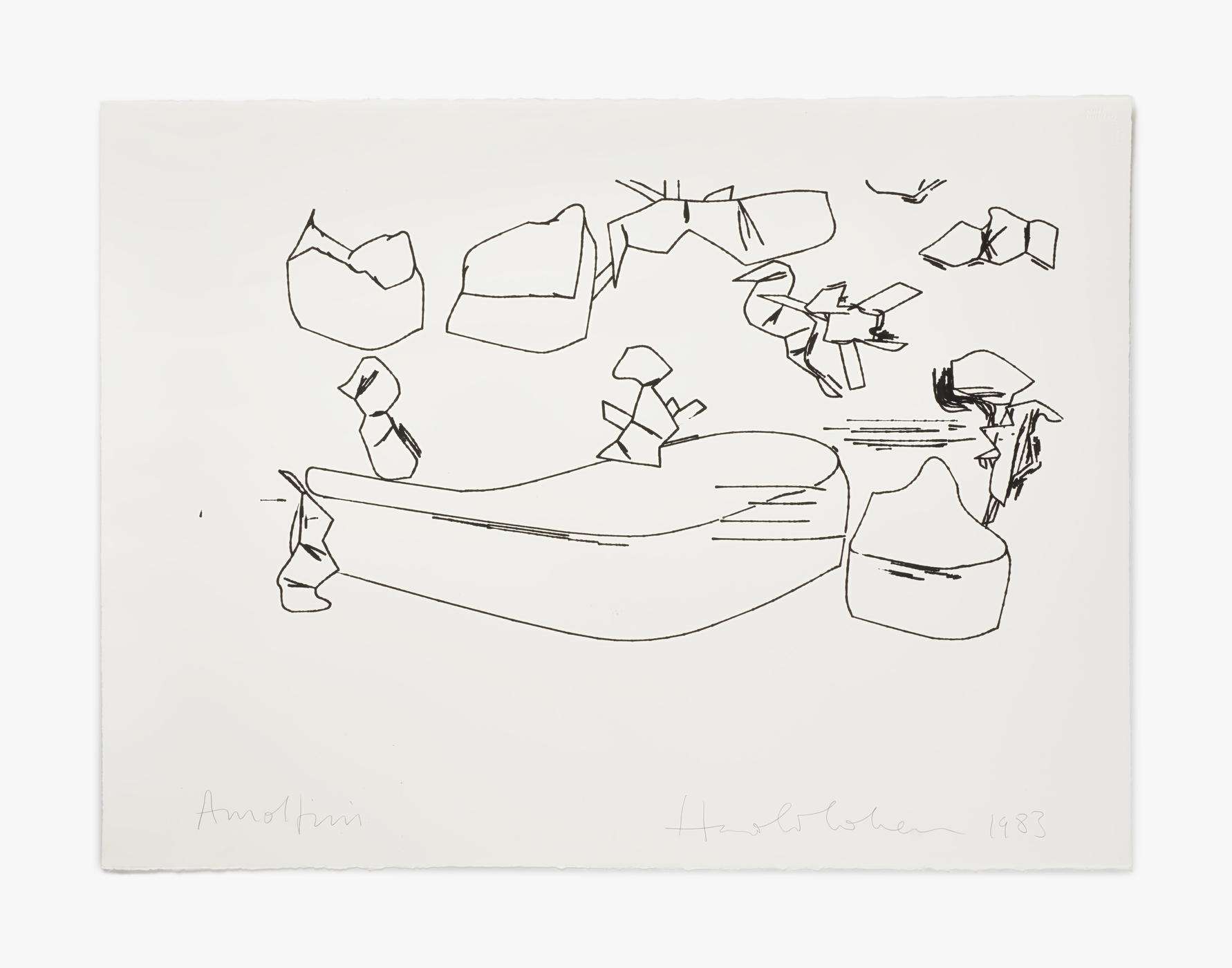 These drawings belong to a large body of works on paper created by AARON, a computer programme originally developed by Cohen in 1973 to create original artistic images. The programme remained in continual development for over 40 years.