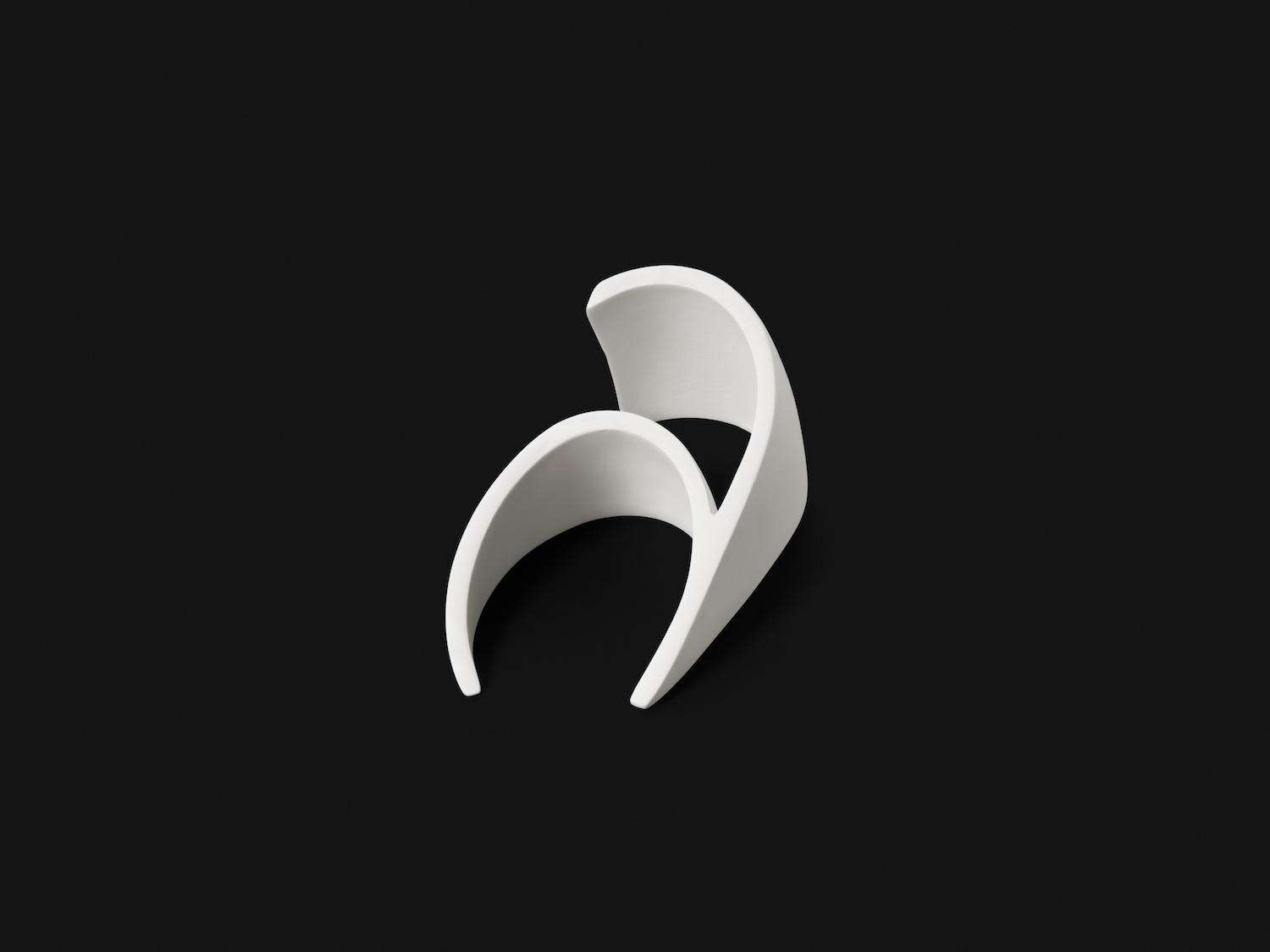 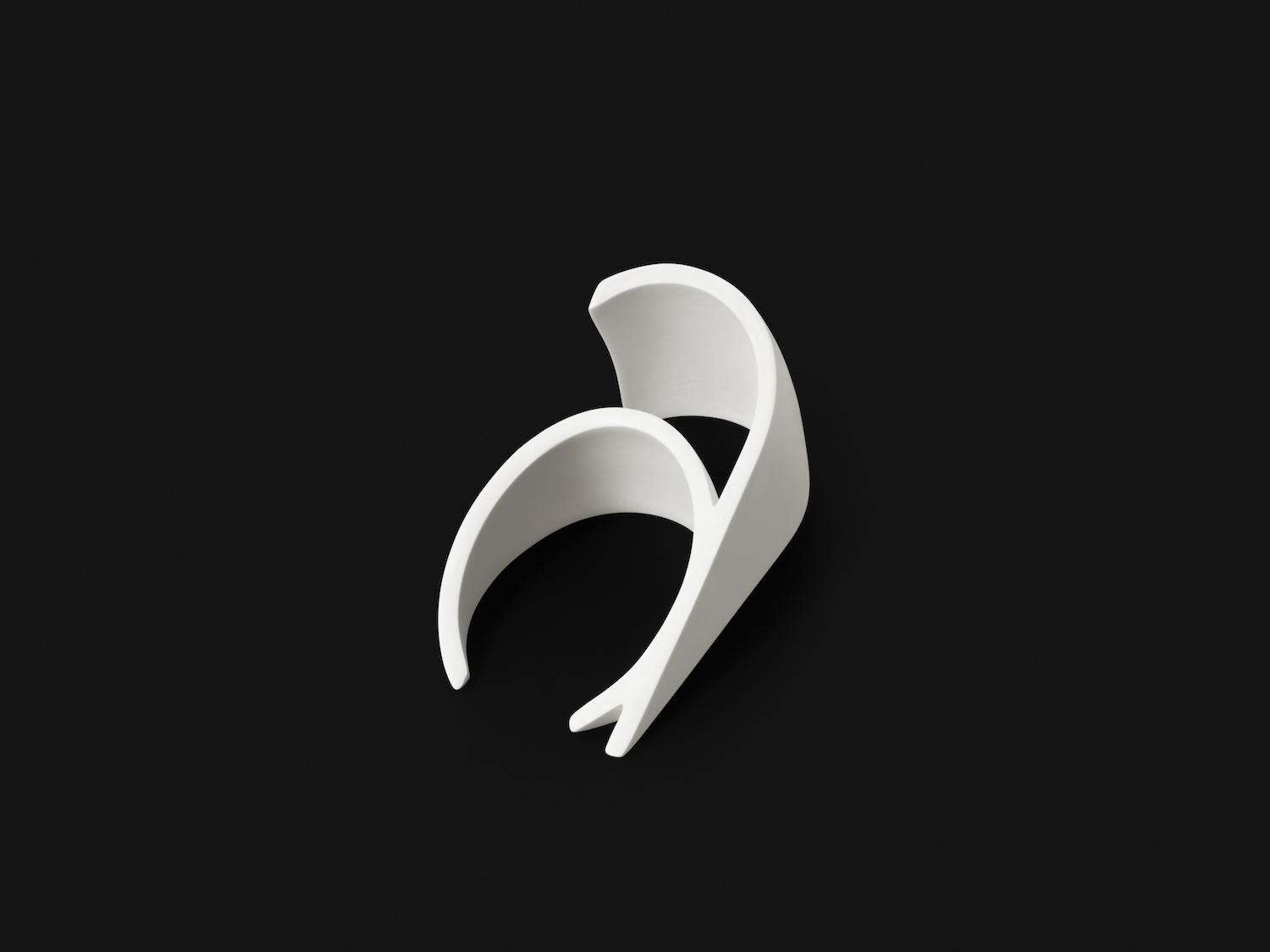 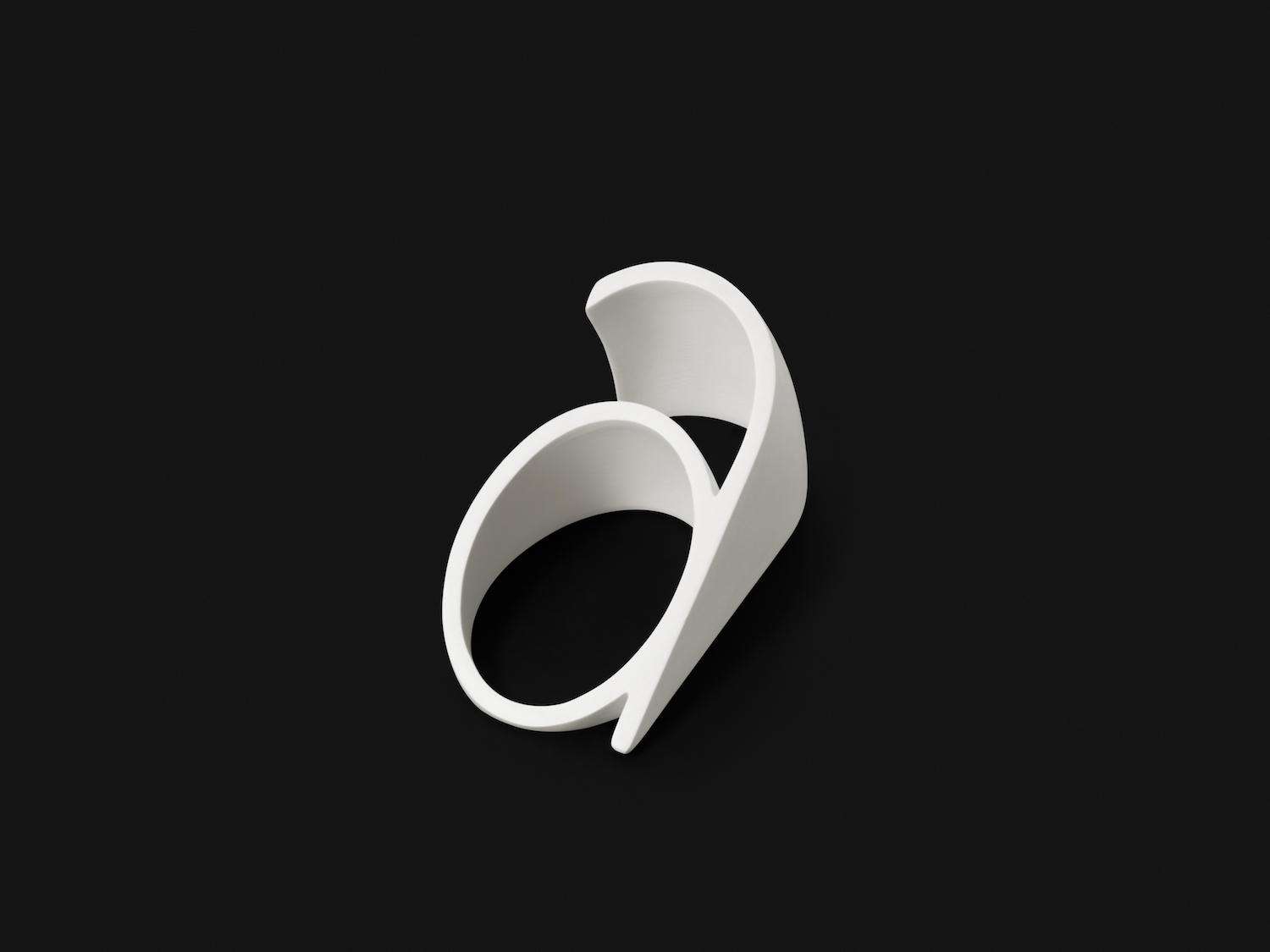 Hannah Regenberg’s work focuses on writing as a form of visualised language and explores the limits of its readability, a theme which also informs her Jahresgabe. Small, white objects rest in black-velvet lined boxes, appearing to sink into the underground. The objects look organic, their chalky, matte-white material reminiscent of shells or bones. In fact, they are three variations of the lower-case letter “a,” recognisable to varying degrees due to partial omissions and slight distortions. Besides their syntax, the white letter forms are also objects in their own right. They stand out from the black velvet as strongly as black ink on white paper. Here the contrast is reversed and underscores the autonomous character of each letter. As solitary elements, the shapes cannot remain parts of a language system for much longer, referring instead to objective reality and becoming object in themselves.