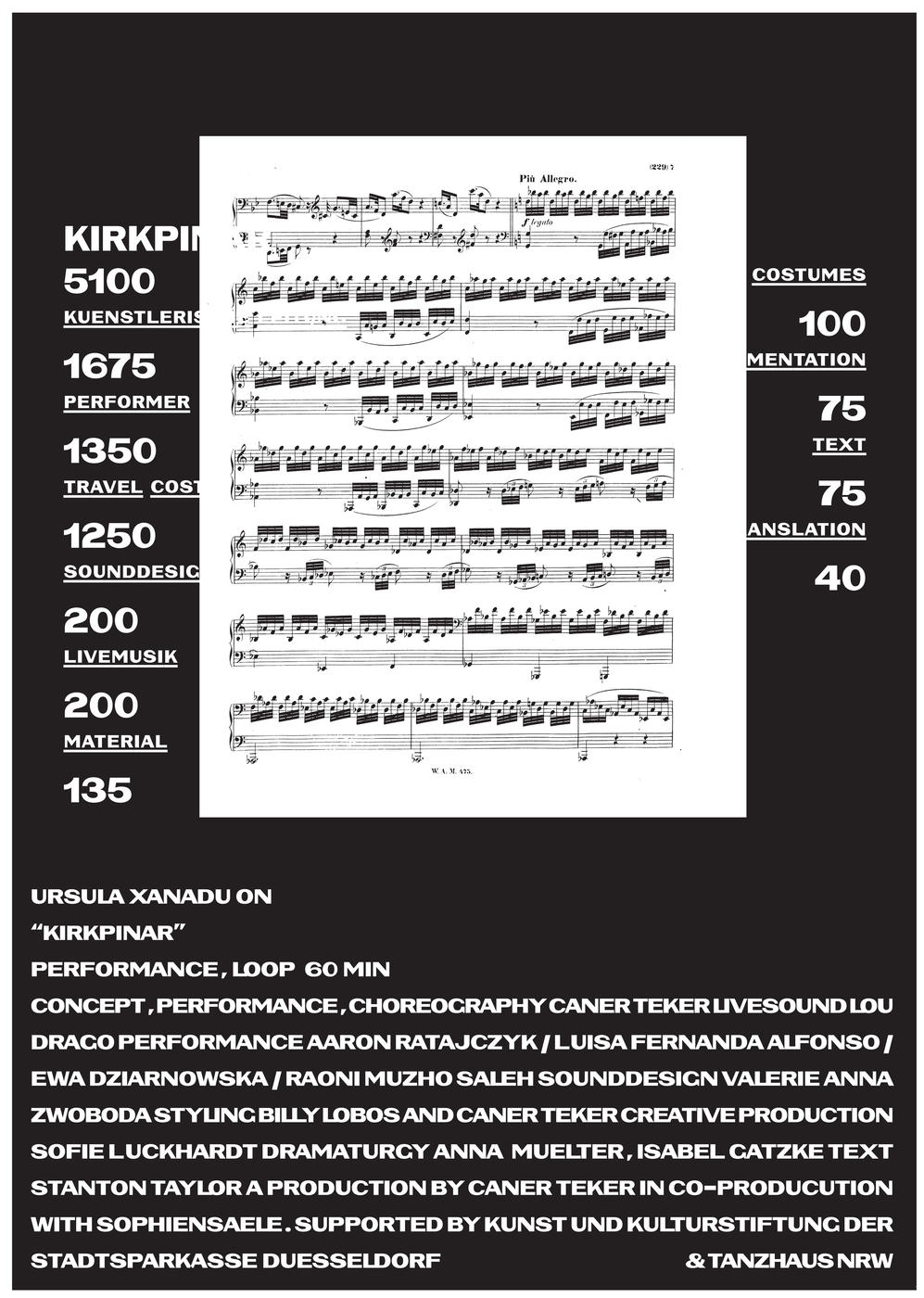 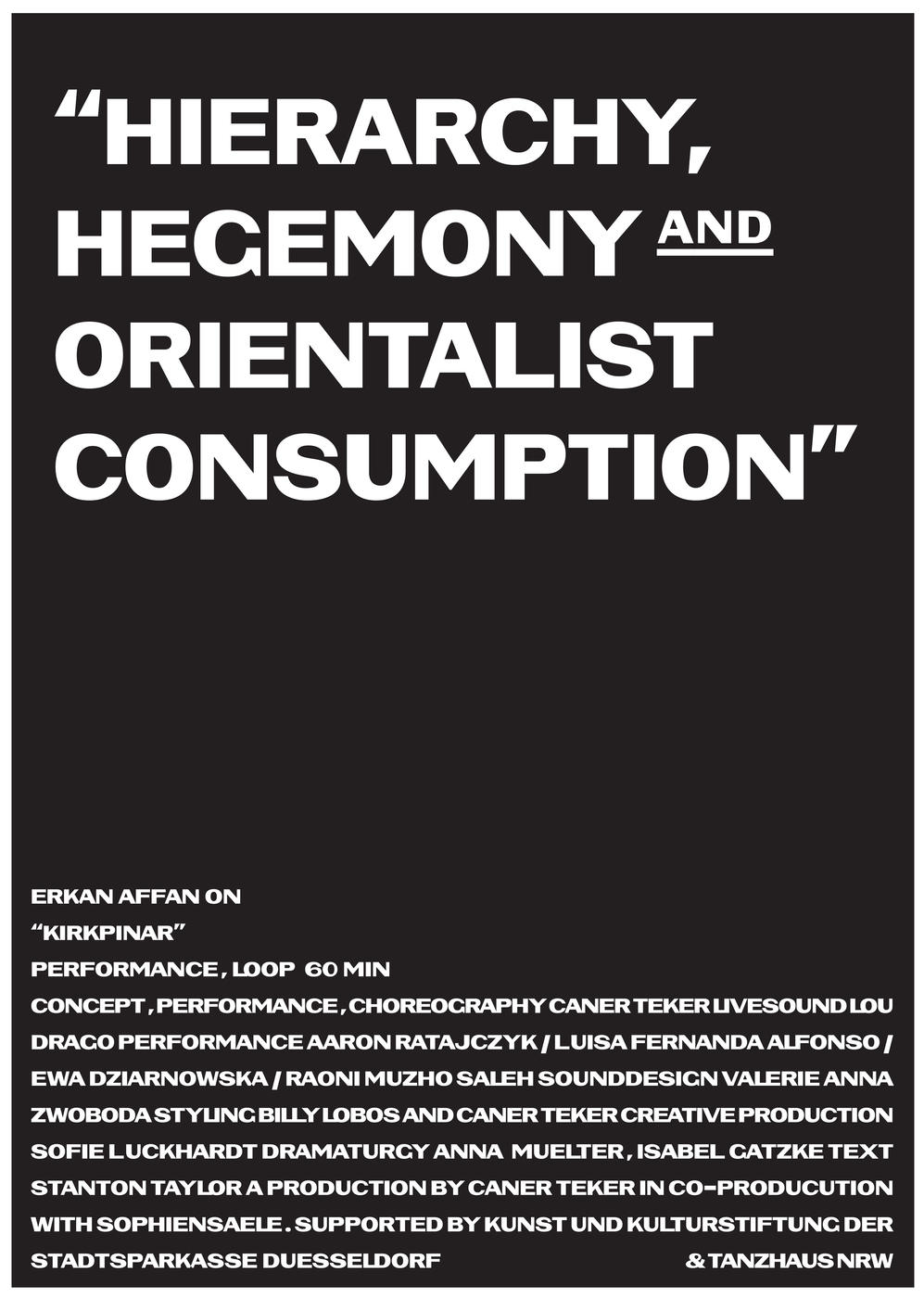 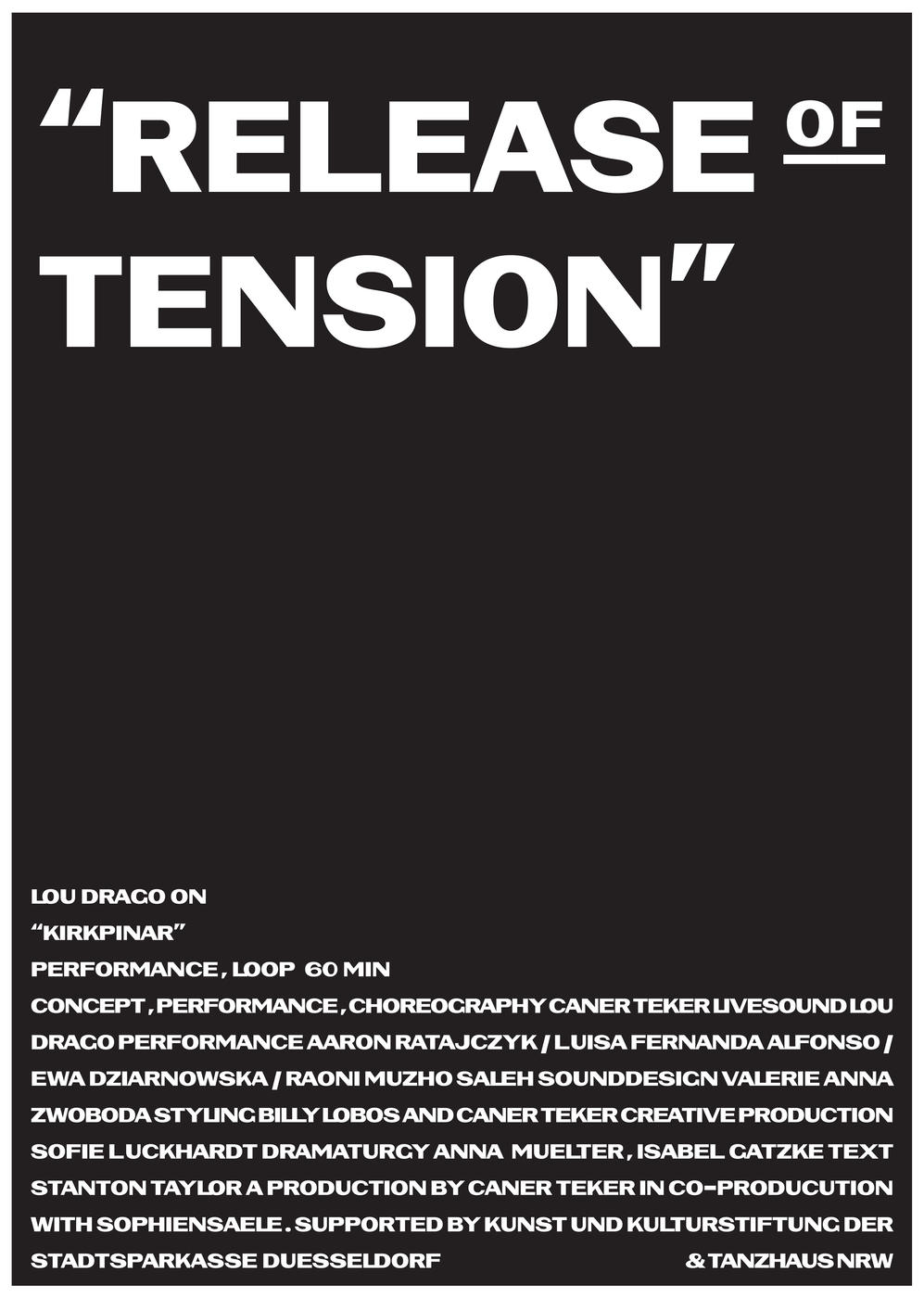 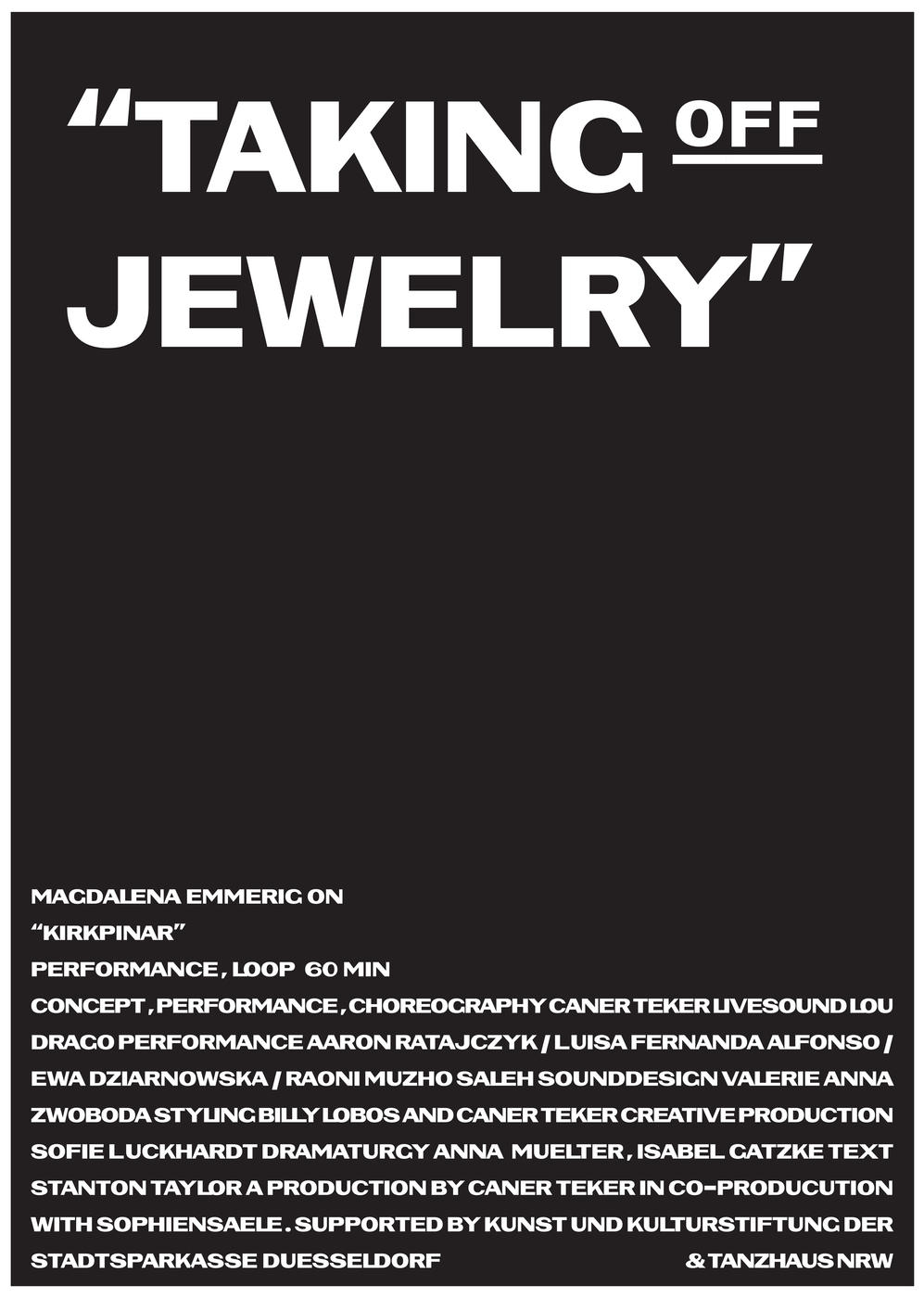 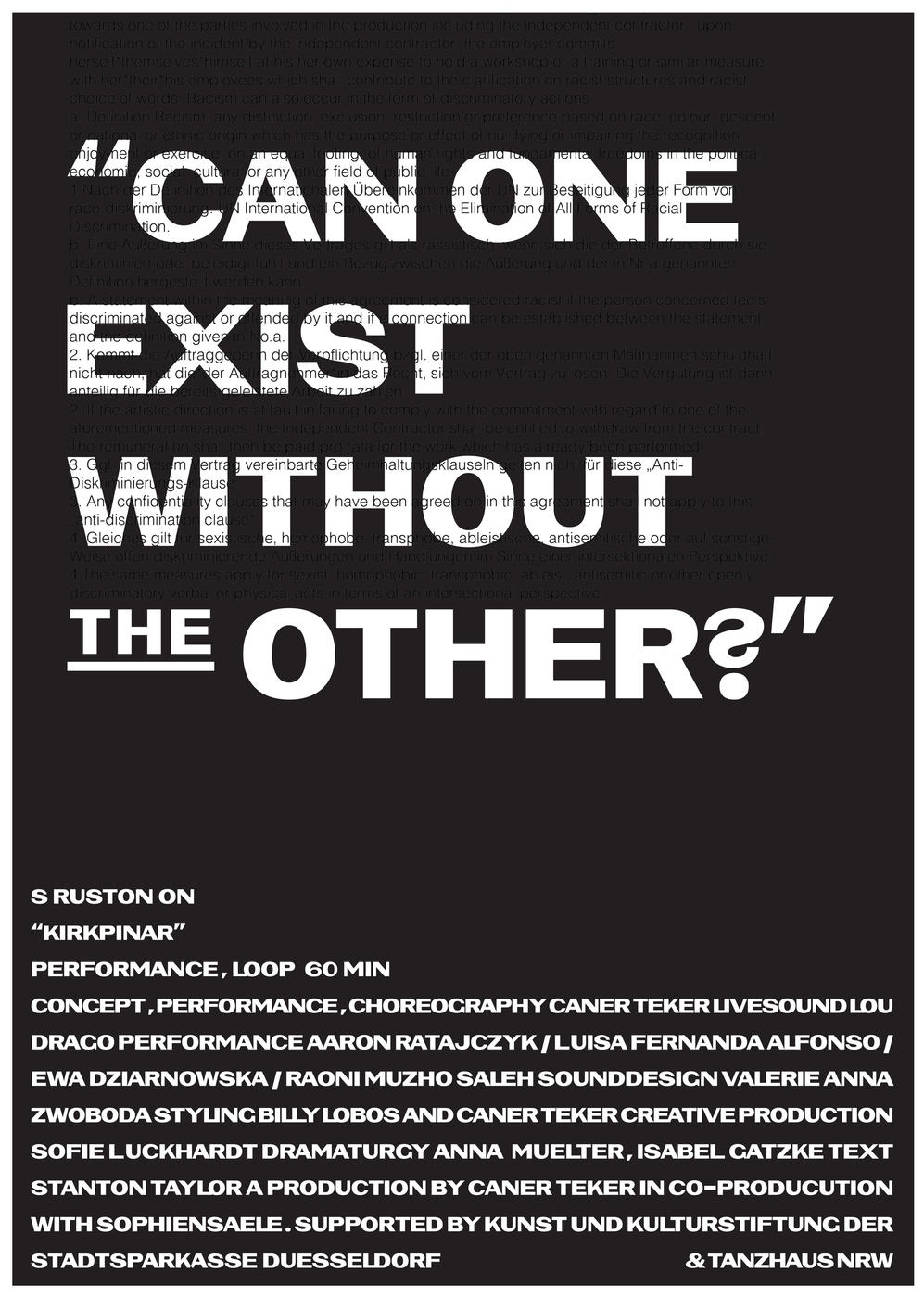 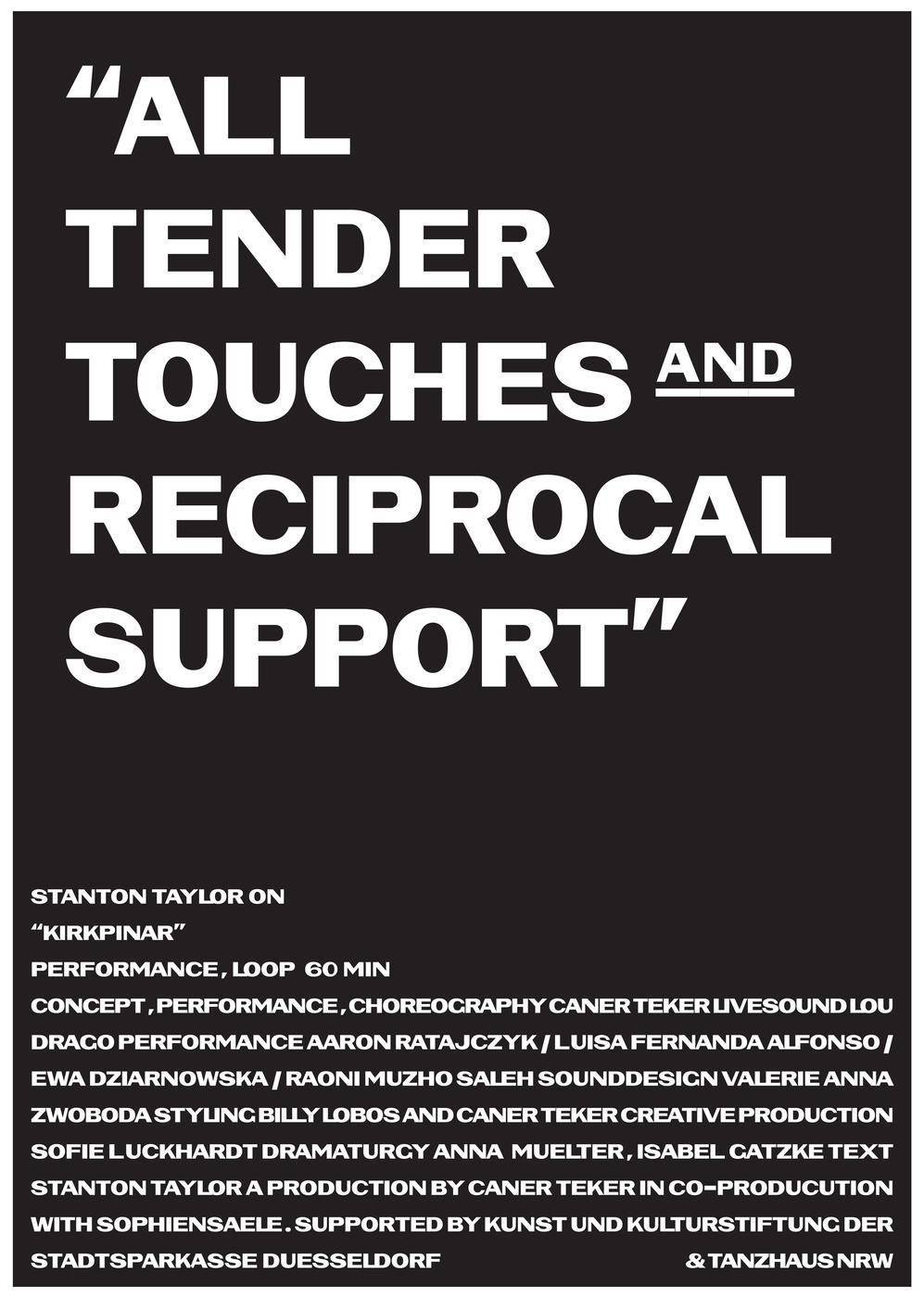 caner teker’s series of seven posters repurpose contributions by Lou Drago, S Ruston, Stanton Taylor, Magdalena Emmerig, Erkan Affan, and Ursula Xanadu to their queer sound an-archive project on Cashmere Radio. This sound archive in turn developed in response to the performance KIRKPINAR— a choreographed take on Turkish oil-wrestling developed in collaboration with Aaron Ratajczyk, Lou Drago, Valerie Anna Zwoboda, and Isabel Gatzke. Lengthy as this list of collaborators already is, the poster project itself enlists even more allies: the text-heavy design features the typeface Marsha —named after the American activist Marsha “Pay it no mind” Johnson and modelled on the lampost from which she iconically shattered a police car windshield during the Stonewall riots. Meanwhile, several of the posters feature the anti-racism contractual clauses developed by Julia Wissert in fine print, and 5% of the sales will be delivered to Migrantifa NRW. Through their mise en abyme of sources, teker offers a curated vision of community—one that is perpetually expanding.