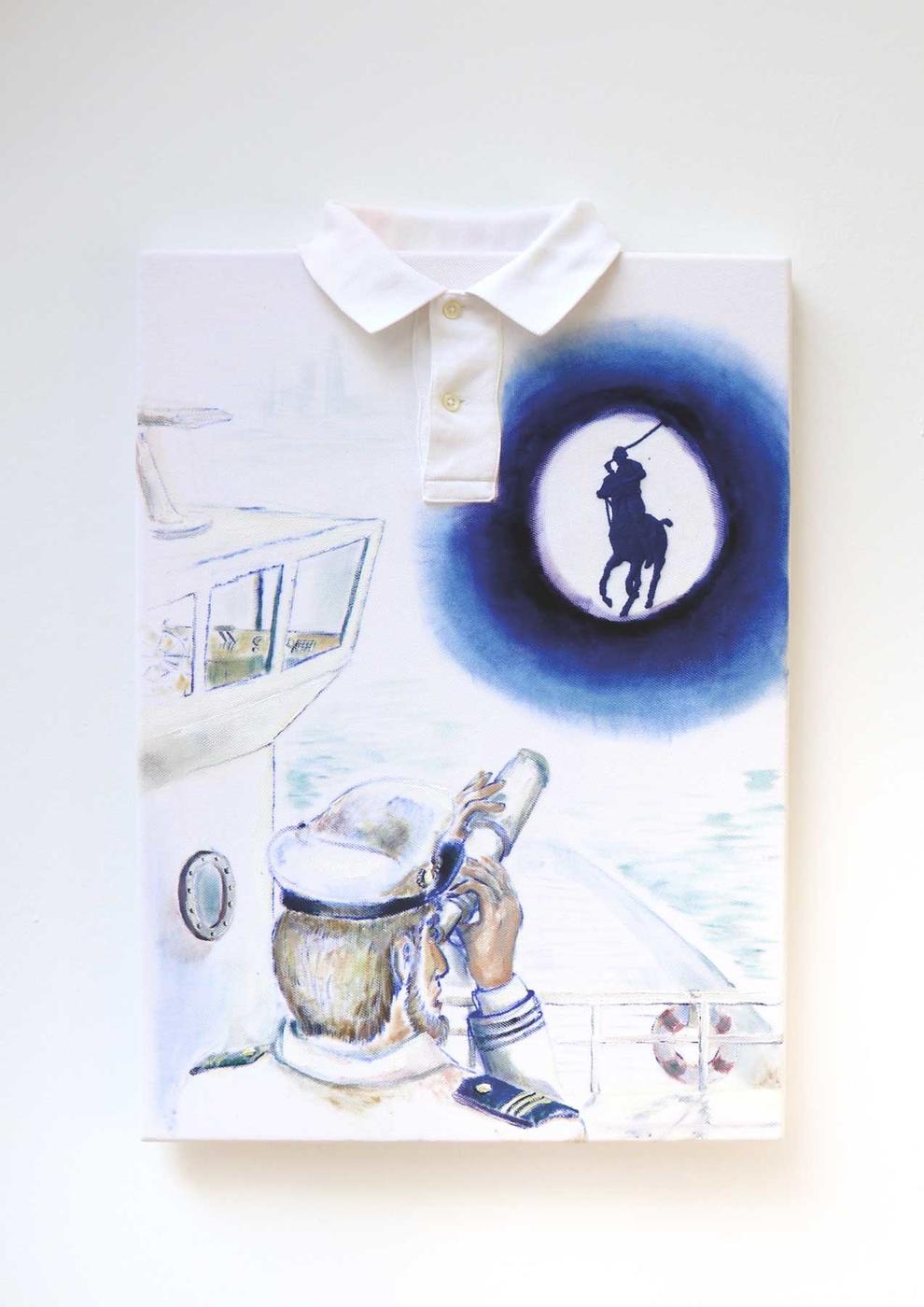 Polo is a team sport traditionally played four against four. With ancient Persian roots, it first became significantly popular in the Middle East, reaching Britain via India in the 19th century and becoming a sport of the upper class. Through fashion companies like Ralph Lauren, the aesthetics of the sport have been used in the US in attempts to create stand-out fashions, in turn subject to critical social reinterpretations such as those by Brooklyn’s Lo-Life Crew in the 1980s. Seen in the monochrome of a polo shirt from a great distance, a logo like that of Ralph Lauren becomes a classic Lonesome Rider motif. Pablo Schlumberger’s annual edition series Cosmic Revenge 1—4 uses the medium of painting to recontextualize the lone polo player into a narrative structure like that of a four-panel comic strip. A rider misses the ferry boat, waits lost on the pier overnight, decides at sunrise to set off in the other direction and finally reaches his goal, like the hedgehog before the hare: looking through a telescope, the captain already sees him waiting on the other bank. Cosmic revenge.