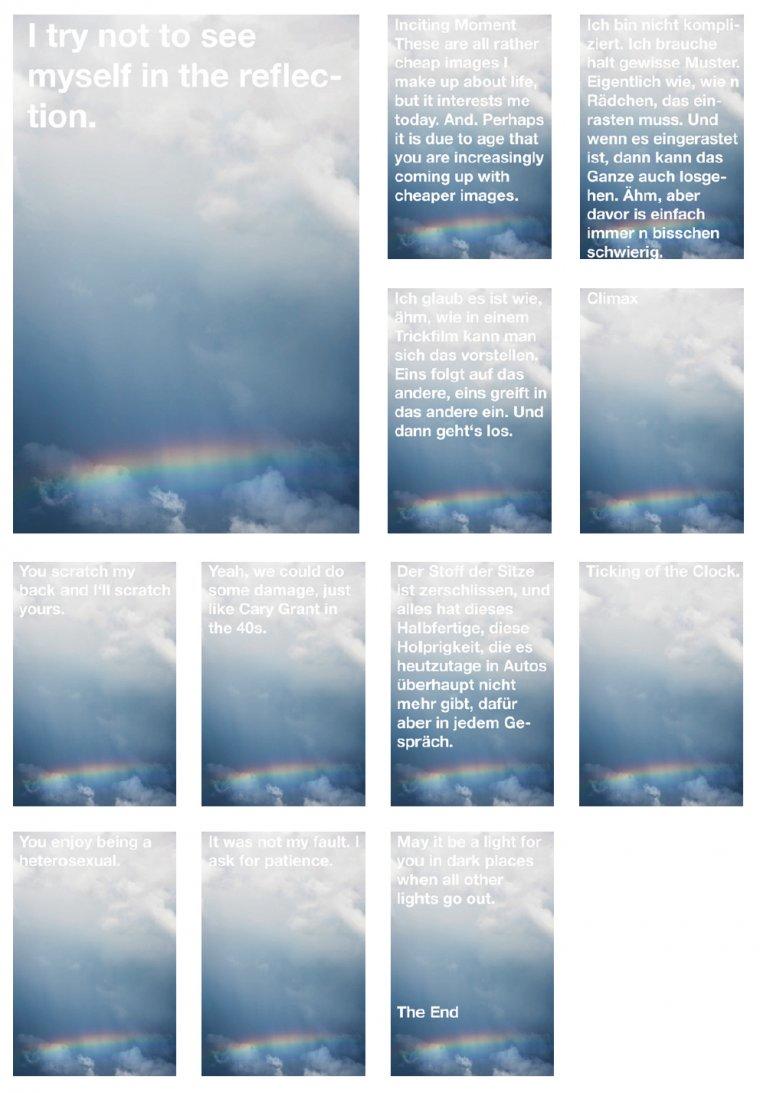 A photo without text always remains to a degree unintelligible— an observation that probably originates with Walter Benjamin. The present text can evidently be read as an institutional reaction to this, and Moritz Krauth’s annual edition appears to absorb this tension to the same degree. In his photographs and videos, Krauth subjects apparent documentations and stagings of reality to chaos via crosscutting narrations. For his videos, Krauth develops manuscripts that underpin, overlap, guide, and shift visual events—acts that bring image and text into amorous relations that become uncontrollable. Instead of taking on the supporting role to which texts are usually relegated, they here literally block the line of sight, pushing themselves in front of the image. The texts—which include passages from the manuscript to a recent video work and from a new work—create a cinematographic narrative on a stable background whose persistent rainbow emerges beneath misty clouds and onrushing snippets of writing. Like a subtle nod, the photographs allow the queer nature of text to unfold in the image.